In recognition of World Polio Day the Central Haywood High School Students opened their Museum to the public. The colorful trifolds, posters and prompts were carefully displayed in the auditorium for guests and students to view. As visitors explored the exhibit, students were stationed at each area to be able to explain the visuals. Much time and effort went into the work for this event. It was a great day for students, staff and the community. For many in America, Polio is not a virus that is thought of presently but these students are more mindful due to the experience.

Caroline Bethea-Brown spearheaded the museum but attributes all the credit to the students as to their hard work and dedication to this event.

World Polio Day was established by Rotary International over a decade ago to commemorate the birth of Jonas Salk, who led the first team to develop a vaccine against poliomyelitis. Use of this inactivated poliovirus vaccine and subsequent widespread use of the oral poliovirus, developed by Albert Sabin, led to the establishment of the Global Polio Eradication Initiative (GPEI) in 1988. As of 2013, GPEI had reduced polio worldwide by 99%.

Polio is a crippling and potentially fatal infectious disease. There is no cure, but there are safe and effective vaccines. Polio can be prevented through immunization. Polio vaccine, given multiple times, almost always protects a child for life. The strategy to eradicate polio is therefore based on preventing infection by immunizing every child until transmission stops and the world is polio-free. 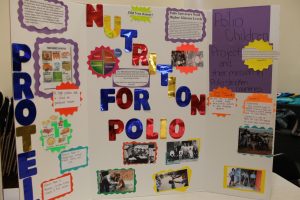 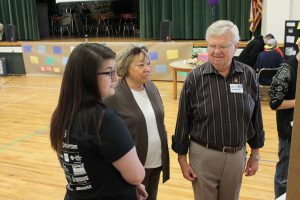 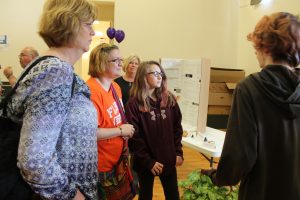 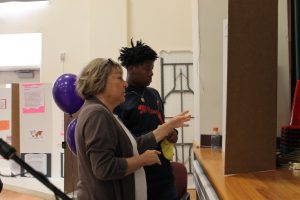